UN-DEAD
Written & Created by Alexander Galant
A continuing on-line novelization told in the same epistolary style as the original 1897 novel Dracula, but with a new technological twist.

Book I: The Dead Travel Fast 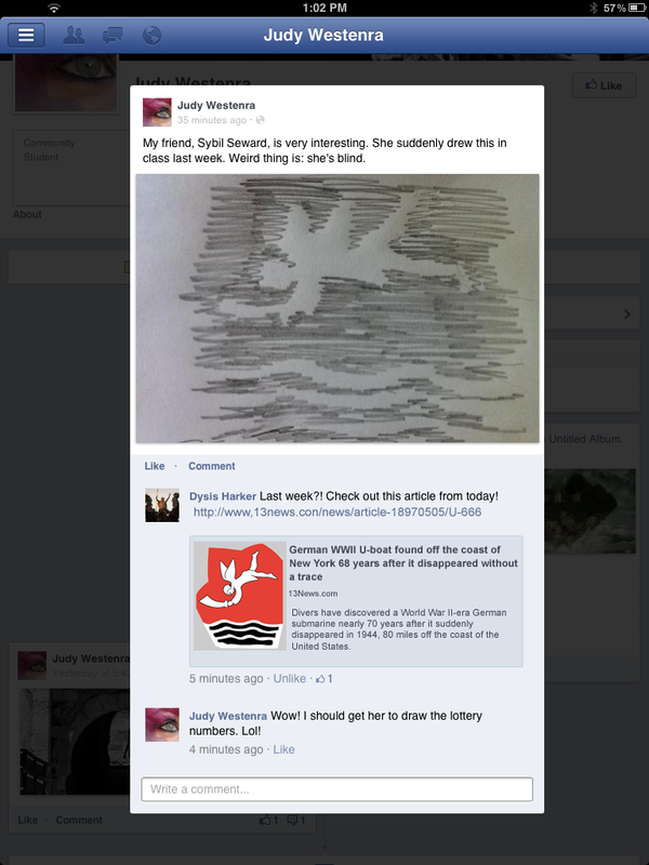 Divers have discovered a World War II-era German submarine nearly 70 years after it suddenly disappeared in 1944, 80 miles off the coast of the United States.

The U-666 was a VIIC class submarine, launched in 1942 at the height of World War II with a crew of 51 men. During its two-year operation it was responsible  for sinking one British warship and damaging an American vessel.

Listed simply as 'missing' in the North Atlantic on 10 Feb, 1944 with no explanation, it was presumed all hands were lost.
Sonar operator Raymond Huntley said he spotted the 252-foot submarine during an exhausting search which officially launched two days ago.

The U-666 is one of several World War II-era German U-boats that have been discovered off the U.S. coast, but this one does not match its last known coordinates which were 53.56N, 17.16W - just west of Ireland.

“How did it get from Ireland to New York?” Huntley wondered in an interview this morning. "It is a shuddering thought that an enemy ship was able to come so dangerously close to our shores during wartime.  Was it on some secret mission? If so, what happened to it? What caused it to sink?"

Hopefully the scheduled dive to the U-666 wreck will answer some of these questions. As Huntley adds, “Who knows what other secrets
are hidden in its hull?”
Continue to Chapter 1.
Powered by