Last word from the Demitry, they brought up a crate from the U-666. No word since. Fear worst as an unexpected storm suddenly struck the American east coast around the same time.
SUBJECT: Re: U-666
FROM: Max Windshoeffel
TO:  Alfred Singleton
DATE: 18 July 2012

It's all too familiar.  Dracula may be back. Has our NY agent made contact with Dysis Harker yet?
FROM: Alfred Singleton
TO: Max Windshoeffel

Her plane has not arrived. Ironically caught in the same storm... no word yet as to its whereabouts.
FROM: Alfred Singleton
TO: Max Windshoeffel

With all due respect, there are over 8 million people living in New York City. The odds of Dracula finding her are astronomical.
FROM: Max Windshoeffel
TO:  Alfred Singleton

Yet, he somehow he always defies the odds. It was such a strange coincidence that of all the law clerks in Victorian England, Jonathan Harker was selected to travel to Transylvania to assist with the Count's relocation to London. What were those odds? Yet, we now know Jonathan was not the first Harker to incur the wrath of Dracula.
Urgent Message Homeland Security (DHS) to US Coast Guard

Global Positioning System of the GPS IIF-3 tracking has placed the crash of the Unidentified sea vessel at 40.51, -74.18 on a public beach off Wolfe's Pond Park on Staten Island at approximately 2015 hrs .

We have intercepted a distress call from a vessel not far from those coordinates, identifying itself as the SS Demitry. The unidentified caller inferred that the entire crew compliment was deceased. It is believed that some mishap has also affected the caller.

We need to ascertain if this is the same ship that has crashed onto the shore and dispatch a CGIS team immediately.

We need to lock it down before some civilian happens upon it.
Text Message from Ivan to wife Lily
July 18, 2012 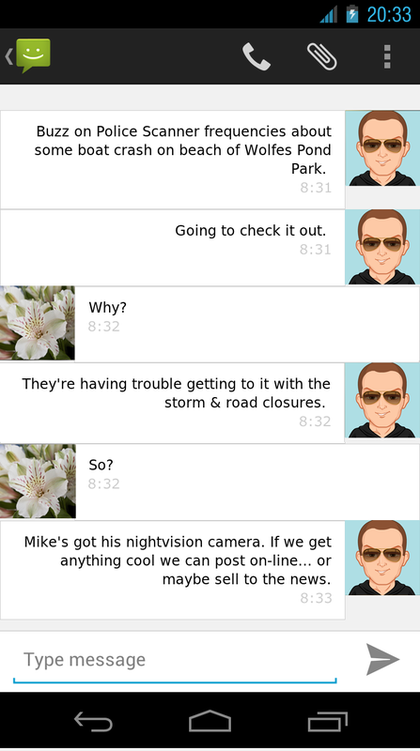 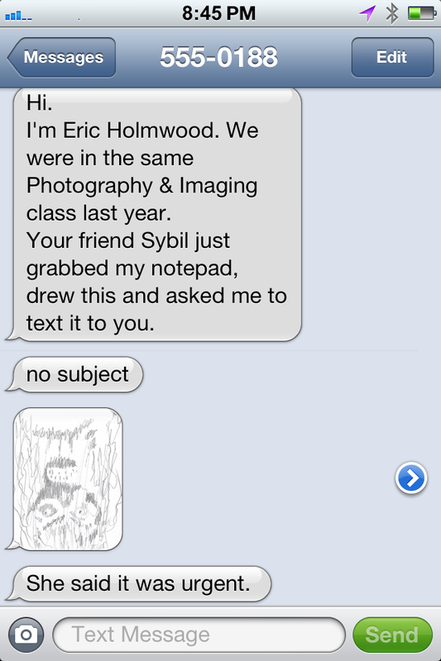 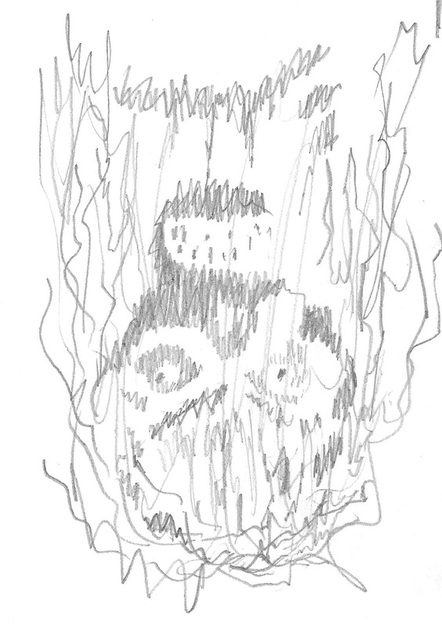 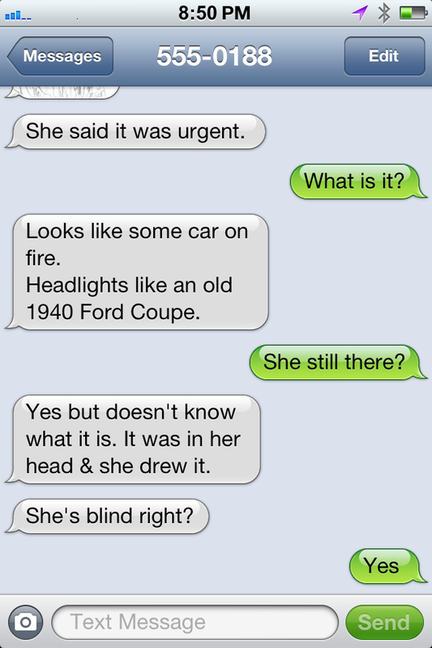 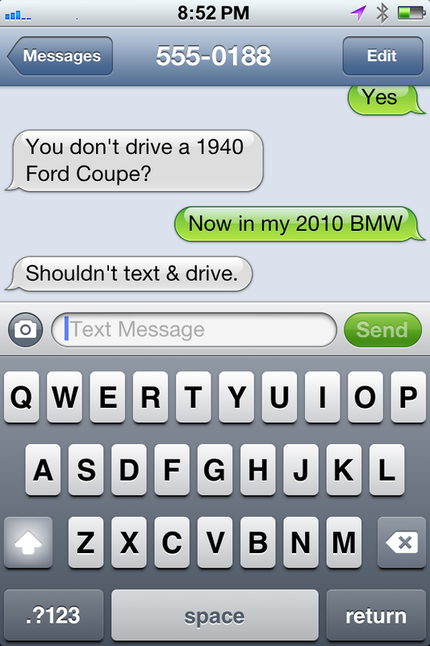 FEMALE CALLER: "I hit something... I think it was a large dog... it was black, road was slippery, I couldn't stop in time."

OPERATOR: "Are you in your car right now?"

FEMALE CALLER: "I'm going to see if it's okay."

OPERATOR: "I don't think it's a good idea for you to get out of the car."

FEMALE CALLER: "Sorry, I couldn't hear you... I was adjusting my earpiece."

OPERATOR: "Don't get out of the car."

OPERATOR: "I'm notifying an ambulance. Can you tell if he's breathing?"

FEMALE CALLER: "He looks dead... he's almost... skeletal... his long white hair is covering his mouth... I can't tell if he's breathing. Should I turn him over?"

OPERATOR: "No, he shouldn't 't be moved at all. There's no telling what internal injuries might be worsen if he's moved."

FEMALE CALLER: (silence) "No, I don't think he's breathing... I don't see his chest moving or anything from that emaciated face...  looks like he hasn't eaten in years. Oh god. Oh god! I've killed him. I don't want to go to jail..."

OPERATOR: "Ambulance should be arriving. According to our Phase II GPS, I have your location on Hylan Boulevard in the middle of Wolfe's Pond Park...Is that correct, Miss ?"

OPERATOR: "Good. Keep him conscious until the emergency services arrive. But remember not to touch him, all right? ...Miss? ...Are you there? ...Miss?"

Other works by Alexander Galant
Powered by