OPERATOR: "Ma'am, is your boyfriend with you?"

FEMALE CALLER: "Yes, the SS Demitry. They brought something up from the Nazi boat - it killed at least 3 people."

FEMALE CALLER: "Yes! It was on the news! Off the New York coast! Don't you watch the news?"

OPERATOR: "Ma'am, I need you to calm down. Have you taken anything or are you on any medication?"

FEMALE CALLER:  "I'm not on anything you moron! My boyfriend is on a boat with something terrible... something they brought up... "

OPERATOR: "Do you know your boyfriend's present location?"

FEMALE CALLER: "In the freaking Atlantic! You are no help at all!"

After a heat wave that had temperatures sweltering above 100 degrees earlier in the day, a severe storm broke suddenly, directly over Manhattan. Residents were taken by surprise.
Dysis Harker - Diary App (Password protected)

On last leg of my flight to NYC, after a stopover at Charles De Gaulle Airport. Wish there had been time to see Paris.

Yet, even in France, I still feel like I'm being watched. That unnerving feeling followed me onto this airplane. I even went to the lavatory (which I usually try to avoid on a plane) just to see if any of the other passengers looked familiar. Perhaps it was someone I had just met in Exeter or London.  I took the time to scroll through my photos to see if any of the faces matched those around me.

Am I going crazy? Does insanity run in my family? My aunt says my father was crazy but I have no evidence other than her opinion and I know that's tainted as she did not approve of him marrying my mother. She blames him for my mother's death... but as far as I understand she died while delivering me... I can't help thinking that's my aunt's way of deflecting the guilt away from me. Seven years of therapy and I can logically admit that I am not responsible for the death of my mother and my birth did not cause my father to run away. I was an infant and unable to bear any responsibility.

But sometimes, late at night, when I'm all alone... deep down, my heart knows I'm to blame. 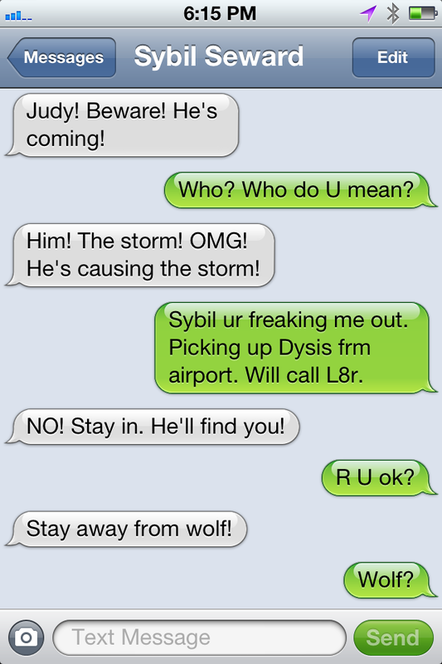 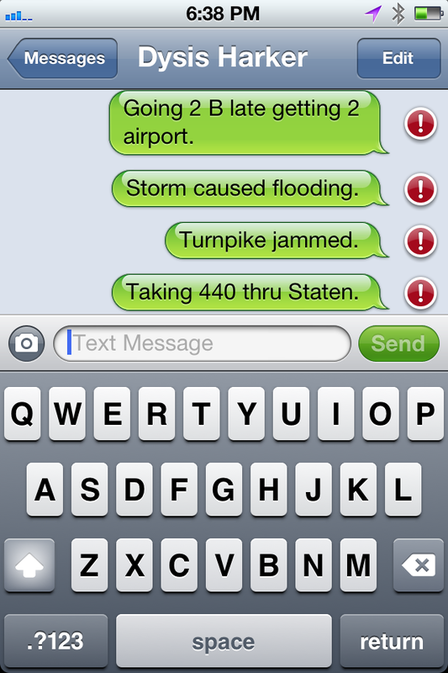 Huge clap of thunder!  We seem to be flying into a storm! So much for the  'clear skies' that were forecasted. 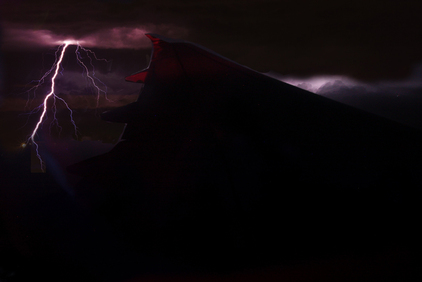 Photo from my iPhone.  Hmmm. Flight crew seems nervous. They're checking to make sure everything has been fastened down.

(Later)
Going to be putting away laptop. They're telling us to prepare for emergency landing. Wished I had paid attention to the instructions at start of flight. My stomach in knots now. Never been so scared in my life.

Stewardess hovering over me. Shutting down now. Will update soon. I hope.
Distress Call from Demitry (July 18, 2012)
To read transcript of above audio recording click on PDF file below: